Designed to allow the effect to move across the projector’s lens – linear, rather than circular, movement – it has a turntable backplate allowing the angle of the effect to be altered, runners and a spring retaining clip for the interchangeable lens, colour frame and adjustable mask . A rectangular housing on the effect’s front holds an electric motor; changing the position of a drive wheel against a larger ‘potter’s wheel’ providing speed and direction variation.

The glass image discs themselves are interchangeable. Each had a painted or photographic image, usually clouds or flames but with countless others from snow to skeletons – most made by Strand Electric’s Frank Weston and Edward Biddle

You’ll still find these effects in shows everywhere, from school plays looking for an easy effect, to blockbuster musicals; in the middle of the Woman in White, in 2004 where all of the scenery was created by video projection, a bunch of these effects created beautiful, smooth moving , un pixelated clouds that were magical in a way the video just couldn’t match

Quite an achievement for a tool from the middle of the last century; a reminder that it’s the result, rather than the technology, that matters. 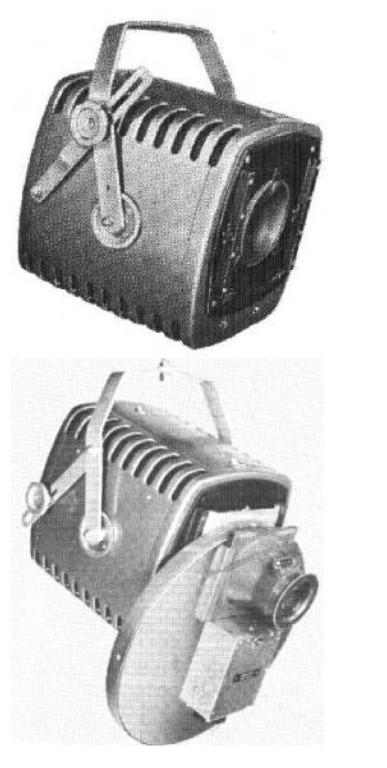